First things first, let’s dispel some myths. Nottingham Castle, sadly, wasn’t the one pictured in the 1991 film classic Robin Hood, Prince of Thieves (various locations including France and Wiltshire doubled up) and there’s some serious doubt that Robin Hood ever even existed. Bah humbug! 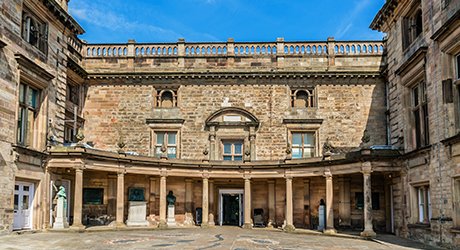 That said, Nottingham Castle is a commanding presence in the city, and dates back to the Middle Ages. Built on cliffs 40 metres high, Castle Rock as it’s also known, has been rebuilt several times during its history, and has played a large role in the country as a royal residence and then as a base for Charles I during the Civil War.

The castle is now home to a fascinating museum and art gallery, and just on the edge of the city centre, less than a mile down the canal from our Castle Marina hotel. The castle is next to some amazing pubs, cafés and bars including Ye Olde Trip To Jerusalem which is built into the cave network under the castle.