From action-packed indoor activities including the National Videogame Arcade and one of the longest indoor go-kart tracks in the country to outdoor fun like paintball and the intriguing Lost City, Nottingham is a great place to let off some steam.

You’ll need to book your activity in advance, and it’s a good 30-minute drive. Alternatively, head to Skirmish Paintball Games, a vast wooded area home to several paintball zones. Open to kids nine and older, escape from Castle Colditz or tackle the Berlin Wall while sniping at the other team and ducking a hail of paintballs. 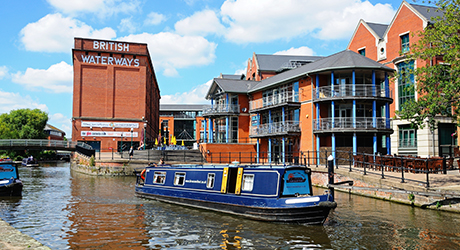 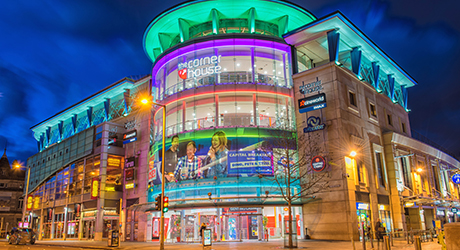 One of the latest additions to Nottingham’s entertainment scene, The Cornerhouse is a great place to head when the weather turns. With plenty of restaurants and a brand new cinema complex, The Lost City is a 36-hole indoor golf course that would give Tiger Woods a run for his money. Located in The Cornerhouse, an impressive entertainment complex just north of Market Square, there are two 18-hole golf courses – and a tiki bar – that you can happily putt your way around for a couple of fun-fuelled hours.

If you prefer your cinema to come with subtitles, head to Broadway Cinema on the edge of the cool Hockley area. An independent theatre built in 1839, it was voted as the best cinema in the world by Total Film in 2009 – and with four screens, design input from Nottingham fashion legend Sir Paul Smith and a truly outstanding bar and restaurant, it’s not hard to see why. More alternative and cool Hollywood films are screened alongside cinematic fare from across the world, cult classics and more.

Another city centre attraction is The National Videogame Arcade. Running since 2015, the arcade is spread over three floors packed full of interactive games, activities and games that educate and entertain. Equipped with PCs, Wiis, Xbox Ones and PlayStation 4s and with a dedicated Minecraft area, you can even play games before they’ve been released and give the developers feedback.

Just as much fun, but with a little more physical exertion is Planet Bounce, a well-stocked trampoline park half a mile from our City Centre (Chapel Bar) hotel. Fitted out with dodgeball courts, basketball, aeroball and giant crash pads littered around the cavernous venue, it’s open to everyone aged four and older, with dedicated kids’ and adults’ sessions.

Open Tuesday to Saturday, Redline Karting is one of the leading indoor go-kart centres in the Midlands. At 450 metres, it’s one of the longest indoor tracks in the country and can be booked for a variety of sessions including up to 80-lap races, and is a 20-minute drive from our Nottingham North West hotel.

With a contained city centre that’s easily walkable, Nottingham is a great place for strolling. Based in Market Square, the Council House Tours take you around one of the finest Municipal buildings in the UK, replete with stunning art, decorated Victorian-era ceilings and – if you’re lucky! – a meeting with the lord mayor.

Depending on your political views, the Nottingham Heroes and Villains Tour could be of a similar ilk. Spanning two hours and a gentle two-mile walk, you’ll be introduced to an imaginative cast of goodies and baddies including murderous medieval kings, gold-winning Olympians, serial killers, Robin Hood and even vampires!

And for an inclusive guide to the altruistic man in green tights, the Nottingham Robin Hood Town Tour captures the spirit of the mythical man and legend, with in-character guide Ezekial Bone explaining the sights and stories associated with Robin and his band of merry men.

Another tour that stays resolutely in character is the Madame Parboiled Ink set of explorations. Led by the toothsome and gruesome Madame Parboiled – a rather fun and theatrical creation – she’ll guide you around the city’s historical pubs or take you on a tour of some of the city’s most haunted spots.

Like most major cities, Nottingham’s waterways play a big part in its history, and cruising down the River Trent on a sunny day is one of life’s better pleasures. Launched in 2001, Trent River Cruises offer a range of options including Sunday lunches, disco parties and afternoon tea aboard their boats, the Trent Lady and The Nottingham Crusader. With room for 50 people per boat, tours depart from near Colwick Racecourse, a nine-minute drive from our Nottingham Arena hotel.

Running nearby are the Princess River Cruises. Capable of holding up to 150 guests on a range of different cruises, you get to see Nottingham and the surrounding countryside from the banks of the Trent, with day and evening cruises available.