Passionate, driven and offering a variety of musical genres, Northampton boasts everything from punk, Motown and soul nights to tribute bands via salsa parties and cabaret acts.

Perhaps the most eclectic venue in town, The Picturedrome veers from screening international rugby games one afternoon to jaw-dropping cabaret acts the following night. With a strong commitment to local arts, including music, live comedy, film and more, the venue delights in the different: Like their Thursday afternoon Rock ’n’ Roll Tea Dance or Fierce Cabaret Party.

Focusing on live music until late in the night – up to 3am on the weekends – The King Billy Rock Bar in Commercial Street is a five-minute stroll from our Town Centre hotel, truly lives up to its name. Don’t expect big names to come through here, but if you’re a fan of tribute acts, you can’t go wrong in this spot, as the Stone Temple Pirates, Wrong Jovi and Foo Fighters GB have all done their cover stuff here in recent times. With daily happy hours, weekly deals and cheap shots, you’ll get good value for your rock and music kicks here most nights of the week.

Awarded Regional Theatre of the Year 2011, Royal & Derngate is one of the UK’s best-loved provincial theatres, producing many in-house events spanning drama, music, dance, comedy and film, as well as hosting big-name touring productions and guest acts like Danny Baker, Jools Holland and Ruby Wax. If it’s cultured, considered and at times challenging, it’s likely to be performed at this first-class theatre.

A lovingly restored 1930s cinema and theatre, The Deco Theatre is a cultural hub in the town, having hosted world famous acts like The Rolling Stones in the 1960s. Reopened in 2004, the venue puts on a variety of shows, from pantomimes to dinner and comedy shows, big stage tribute acts and touring heritage acts from past decades. Discover more about theatres in Northampton in our dedicated guide.

Be it big-name touring acts selling out thousand-plus capacity shows or a roster of up-and-coming comedians, you’ll find something to tickle your fancy and funny bone.

Rich in sporting history, the Northampton Saints rugby club are arguably the most successful, but the decades-old football and cricket clubs might well beg to differ.

One of only 18 county championship teams, the Northamptonshire County Cricket Club were founded in 1878 and have won several titles during their history, including the T20 title in 2013 and 2016. Previous high-profile players include Allan Lamb, Wayne Larkins and the excellently named Nobby Clark, and the club currently plies its trade in Division 2 of the Championship. The season runs from April until late September, with home games taking place at the picturesque County Ground, near Abington Park. More recently, they’ve found success in the shorter form of the game, winning several trophies in the T20 and 50-over competitions.


Formed in 1897, Northampton Town Football Club are the holders of a somewhat unwanted record for the shortest time taken to be promoted from the bottom to top-tier and then relegated again; a yo-yo feat which took them just nine years during a turbulent period in the ’60s. Currently based in the third tier of English football, they go by the nickname of the Cobblers, in deference to the town’s shoe-making history.

Formed in 1880, Northampton Saints are one of the most distinguished rugby teams in recent memory, having won the English Premiership, the RFU Championship and twice walked away with the European Rugby Champions Cup. The Saints are based at Franklin’s Gardens, a 10-minute drive from our South Wootton hotel, with a capacity of nearly 16,000. The team – who play in black, green and gold – turned professional in 1995 and are currently home to big-name players like England captain Dylan Hartley, Welsh wing George North and Samoan wing Ken Pisi.

Get your film kicks at the Errol Flynn Filmhouse; a lovingly created cinema experience that hosts world-class cinematic shows on a daily basis.

Developed by the team behind Royal & Derngate, it’s perhaps no surprise to find that the Errol Flynn Filmhouse is a well-executed cultural attraction in town. Named after the famous actor who spent six months in Northampton, the two-screen cinema hosts modern-day classics, as well as forgotten classics and alternative cinema from across the world. Factor in premium seats, wine, beer, coffee and a range of quietly eaten snacks, and you have a cinema experience that goes a lot further than most. 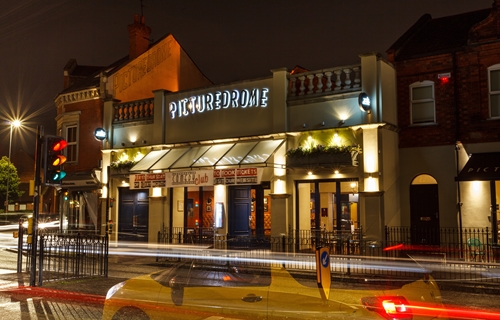 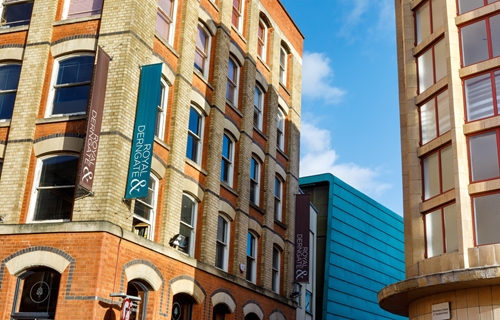 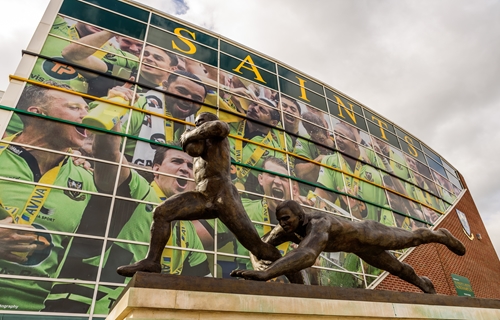