Ipswich’s town centre is steeped in history, with buildings to explore dating back to the medieval and Tudor periods. There are also plenty of parks and beautiful green spaces to enjoy. Combine the top Ipswich tourist attractions with a run-around in one of its parks and you can’t go wrong for a family day out.

Start your sightseeing tour of the town at the point where everything started; the 1200 town charter was written in the church graveyard of St. Mary le Tower. The spike of the tower rising above the town’s rooftops is Victorian, but the location has been home to a church since the medieval period. After being extensively rebuilt between 1860 and 1870, the spire is now 54 metres high and boasts beautiful stained glass windows, as well as exquisite floor tiles and sculptures throughout the church.

One important historical landmark in the heart of the town is now actually a Lakeland shop! Ancient House is a Grade I listed building dating back to the 15th century, boasting amazing fireplaces, wooden beams and carvings. A fascinating fact to note is that the building is decorated with elaborate wood carvings relating to Africa, Europe, Asia and America, yet Australia isn’t included as the continent wasn’t even discovered then. Pykenham’s Gatehouse is another Grade I listed treasure to see – you can visit the wattle and daub Tudor building on English Heritage open days.

There’s a reason that many locations in Ipswich are named after Thomas Wolsey. During the 1520s, he was probably the most influential man in the country, second only to King Henry VIII. A powerful and wealthy man, he spent much of his money and time constructing impressive buildings such as Hampton Court Palace and Whitehall’s York Palace, as well as founding Christ Church (then Cardinal) College in Oxford. Part of his grand plans to spread knowledge and build colleges across the country included his home town of Ipswich. But a disagreement with Anne Boleyn put Wolsey in Henry’s bad books, and he was stripped of his power. Only the college’s gate was constructed, and Wolsey’s Gate remains an important landmark in Ipswich’s history. You can still see it standing in isolation today, just a three-minute walk along the waterfront from our Town Centre (Quayside) hotel. 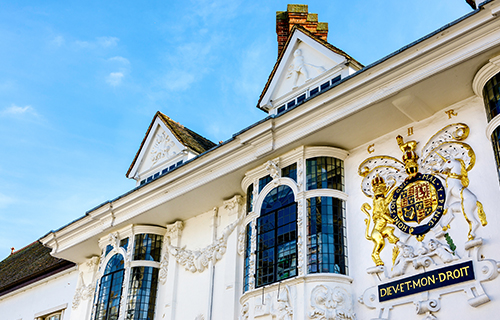 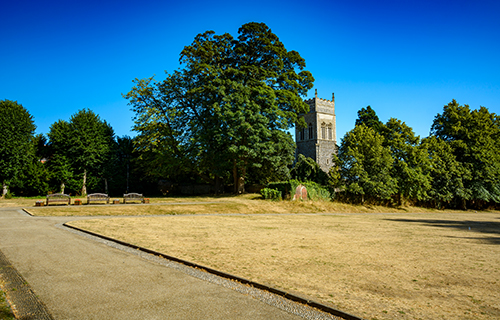 Ipswich’s first public park has been open since 1985 – Christchurch Park is a short walk north of the town centre and is home to the museum and gallery Christchurch Mansion. The 70-acre site offers plenty of green space to run around, with rolling lawns, charming woods and botanical gardens.

Or visit Chantry Park, Ipswich’s largest park area, offering over 124 acres of nature to enjoy to the west of the town and just a couple of minutes’ drive from our Ipswich Chantry Park hotel. The huge green space has two children’s playgrounds and is also home to the local cricket club. You can catch music events there or join the weekly parkrun to enjoy some fresh air. If you’re lucky, you may even spot a muntjac deer.

Another green area which offers plenty of entertainment is Holywells Park (to the south of the centre). A peaceful open space with wooded areas and a pond, the location also offers a community hub for green activities. You’ll find a high tech play area, water pool in summer, walled garden with open air theatre, outdoor gym equipment, bowling green and tea rooms, as well as full facilities for the disabled. The Friends of Holywells Park organise lots of volunteer-led events and activities for the whole family, and the park is always a lively spot.

Ipswich’s two stadiums offer some very different sporting events, from football fixtures to banger racing meets. Check out our dedicated guide to Portman Road for more on Ipswich Town F.C.’s home stadium. Or head to Foxhall Stadium (just 10 minutes’ drive from our Ipswich South East hotel) for some stock car racing action. There are regular races from the Ipswich Witches Speedway team, as well as annual events and stock car racing world championships that attract sell-out crowds of around 10,000 people.