Gloucester has all your entertainment needs covered – from live music to comedy nights and world-class rugby, there’s lots to see and do in the city.

Café René on Southgate Street is probably Gloucester’s most eccentric pub, with some of the walls and ceilings lined with glass bottles. But with live music every Wednesday and Friday, and DJ nights in their small cellar, the bar is full of character and energy and has been one of the city’s live-music bastions since 2003.

The live music shows range from cool tribute acts to original folk, indie and acoustic music, while they also offer several music festivals during the year. And yes, in case you were wondering, the café is named after the fictional French café owner René from 80s TV sitcom ’Allo ’Allo.

Down by the docks, TANK ups the live music ante by hosting live bands every Tuesday, Thursday and Friday. Don’t expect big name bands to appear, but if you’re looking for up-and-coming artists, cool tribute acts and chilled acoustic and folk bands, this is the place for you. Plus, with an impressive range of drinks, including dozens of different beer brands, and a food menu that spans sharing plates, burgers, pizza and its own dedicated cheese menu, TANK has plenty more to offer.

The Guildhall might be small but it’s welcomed big-names like Radiohead, Muse and Primal Scream since converting from an official council building into a live music, comedy and film venue in the 80s. The space is busy most nights of the week, hosting a wide variety of live shows, film screenings, comedy nights, club nights and more. Located in the heart of Gloucester on Eastgate Street, there are plenty of nearby bars and restaurants, with Café René just around a minute’s walk away. 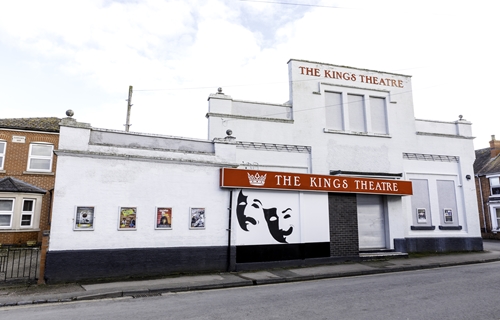 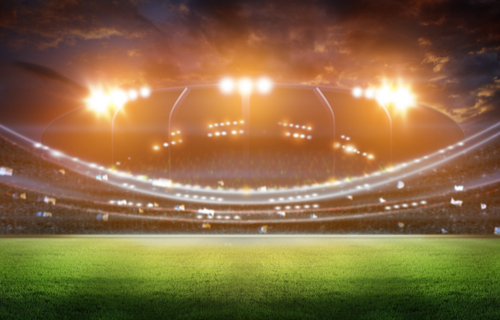 Run by volunteers, The Kings Theatre is a 144-capacity theatre that largely runs events from September to June.

Opened in 1987, the theatre puts on events around once a month, with recent highlights including a theatrical version of Blackadder, while they also host dance and music performances. The theatre is handily located just off Eastgate near to H2O, one of our recommended bars, which is perfect for a pre- or post-show drink.

Down on the docks, Gloucester Brewery is an award-winning craft brewery and a perennial ale house favourite with over a dozen home-brewed beers on offer. So even if none of the three guest comics does it for you, you can always find a reason to be cheerful in the beer selection.

Doors open at 7pm for each event, but be warned – it often sells out, so book ahead to bag your seat and start working your way through the incredible beers on offer.

Rugby is big business in the south-west of England, with Bath, Exeter and Bristol all hosting big-name rugby teams. And in Gloucester, the city has one of the leading rugby names in the UK. Established in 1873, they are one of only four teams never to be relegated from the Premiership and play their home games at the 16,115-capacity Kingsholm Stadiumon the edge of the city centre.

It’s easily walkable from our Longford hotel, and thanks to some of the most passionate rugby fans in the country, home games are a riot of noise and atmosphere, with local pubs crowded before and after games.

The team has won the English Premiership twice, as well as several European titles, with big-name players like Mike Tindall, Carlos Spencer and Philippe Saint-André helping raise the club’s profile. Local derbies include matches against Bristol and Bath, when it seems as if the whole city goes rugby mad.

Founded in 1990, Bentham Country Club is a popular sports venue offering football, tennis, hockey and netball courts. And thanks to its innovative domes, most of the courts and game areas are covered, meaning you can play year round. As well as running regular leagues, courts can be booked for one-off sessions.

Similarly, Oxstalls Sports Park is a multi-purpose venue that offers a mix of indoor and outdoor tennis courts and pitches that are perfect for hockey, cricket, rugby and football. There’s also a soft-play area for smaller children and an on-site café.