Boasting a Norman keep dating back to the 11th century and bags of history, Colchester Castle is also full of fascinating pieces of history thanks to the fact that it’s also the home of The Castle Museum, which contributes so much to Colchester culture. 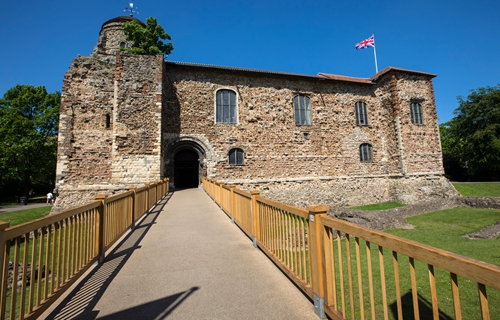 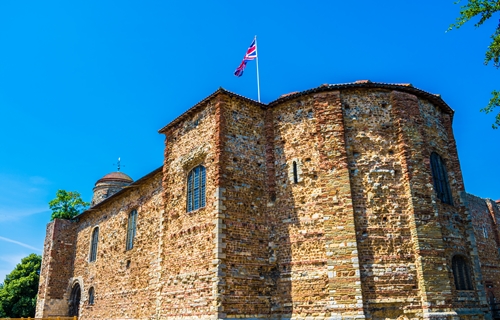 Following the Battle of Hastings, William the Conqueror ordered the construction of Colchester Castle and, while it took some thirty years to be built, when it was completed, it had the largest keep of any castle ever built in Britain. Today, it’s the largest surviving keep in Europe. One of the most complete and impressive Norman castles still standing today, it’s without a doubt one of the most popular attractions in Colchester.

Fascinatingly, Colchester Castle stands on the original foundations of the Roman temple of Claudius; for 2,000 years it’s been a site with serious strategic importance. Better yet, you can even explore the awesome vaults of the Roman foundations as part of the castle tour, as they were recently excavated as part of a painstaking restoration project to open them up to the public as part of a tour that also takes in the castle’s roof.

There really is an incredible amount to see and do at Colchester Castle as it also happens to be home of The Castle Museum. If you’re staying at our Colchester Town Centre hotel then make the six-minute walk across Colchester Castle Park to explore the museum’s fascinating exhibits, which include Bronze Age pottery, Iron Age coins, Roman artefacts, period costumes, axes from the Stone Age, and an Ancient Egyptian sarcophagus. Plus there’s an impressive collection of artworks from Thomas Gainsborough and John Constable, along with some of their contemporaries from the Suffolk School.

The area around Colchester Castle is free to wander around, and on a sunny day is a delightfully picturesque place to go for a stroll. However, there is an entrance fee to visit the museum. Tickets are reasonably priced at less than a tenner, and we definitely recommend putting down a few more pennies for the castle tour. As we mentioned earlier, it takes you from the Roman vaults of the castle foundations all the way up to the restored roof, and explains how a grassy hill grew into the resplendent castle that still stands today.

Colchester Castle is open seven days a week, and if you’re travelling into town from our Colchester A12 hotel then there’s plenty of nearby parking available in the nearby Priory Street and Britannia car parks.