As you'd expect from the oldest recorded town in the country, and the former Roman capital of Britain, the buildings in Colchester have a whole lot of history. Here, we take you on a tour of some of the top attractions in Colchester, featuring some of the finest surviving examples of Norman architecture in Europe. Plus, we provide you with our pick of the best parks and green spaces in case you want to go for a walk or enjoy some of Essex’s countryside.

If we’re going to take a history trip around Colchester, there’s no better place to start than Colchester Castle. The focal point of Colchester Castle Park, the Norman castle dates back to the 11th century, while its foundations sit on the remains of the Roman temple of Claudius. It boasts more than 2,000 years of history and, in The Castle Museum, you’ll find exhibits with fascinating artefacts from the Stone, Iron and Bronze Ages, as well as Ancient Egypt. There’s also a wonderful selection of masterpieces from Thomas Gainsborough, John Constable, and their contemporaries from the Suffolk School. Plus, you can read about Colchester’s meteoric rise to becoming the Roman capital of Britain following its destruction by Boudicca, Queen of the Celts.

If you’re interested in Norman architecture and Colchester’s history, the ruins of St. Botolph's Priory are a hidden gem just off Queen Street. It was a delightful monastery built in the 1100s. It was the first, and for 400 years the most important, Augustinian convent in England. Pay a visit to the gatehouse of St. John’s Abbey, too, which is just on the other side of St. Botolph’s Circus, and is all that remains of the 11th-century Benedictine monastery.

Starting off at our Colchester Town Centre hotel, you can easily walk between many of the town’s Roman ruins, including the Colchester Roman Town Walls, which are the oldest and longest-surviving in Britain and feature the largest Roman gateway still standing in the country, the Balkerne Gate. On nearby Maidenburgh Street, you’ll find the Roman Theatre, which would have seated 3,000 when packed to the rafters and is in fine condition today. In fact, Colchester is home to two of the five Roman theatres that still survive in Britain today; the town’s second can be found at the Gosbecks Archaeological Park, less than a mile up the road from Colchester Zoo, at what is one of Britain’s best Roman sites.

The last stop on our history trip will take us a little way out of town to Layer Marney Tower; the stunning Tudor gatehouse, which is the largest in Britain, and is roughly half an hour’s drive from all of our Colchester hotels. It’s worth making the trip for, though. The tower tour takes you right to the top and gives you some truly fantastic views of the surrounding Essex countryside. Inside Layer Marney Tower, exquisite Edwardian interiors abound, while the surrounding gardens are some of the finest in the region. 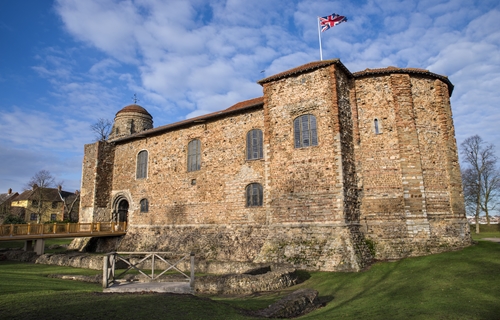 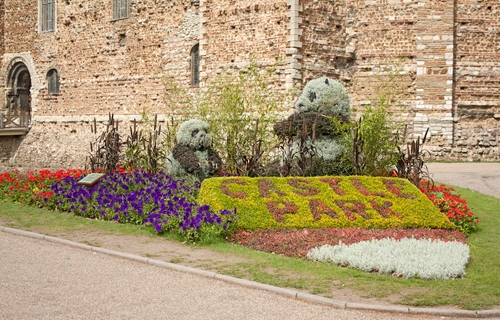 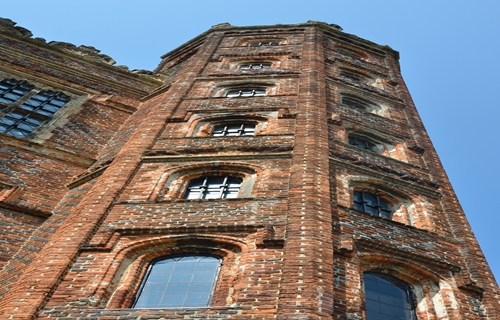 If you want to take a walk in the countryside, or hunt down some green spaces, during your stay in Colchester, the good news is there are a handful of great options to choose from. High Woods Country Park is less than a five-minute drive from our Colchester Cowdray Avenue hotel and is a particularly popular choice if you’re looking for somewhere to do some dog walking. There’s also a lovely fishing lake, wide open meadows for wandering, and great cycling trails. Or, you can just relax in the ancient woodland while listening out for the local wildlife. Plus, the park is plenty big enough to feel as if you have it for yourself.

We’ve already mentioned Colchester Castle Park in our Historic Buildings section, but it’s worth bringing up one last time. Its town centre location makes it a top-class option, and it’s surrounded by some of the best attractions in Colchester, including the stunning Firstsite art gallery. It’s worth a visit in its own right, too. It’s home to award-winning horticulture, and hosts many of the calendar events that contribute so much to Colchester’s culture, such as the town’s Food and Drink Festival, and Medieval Fayre.

Go west from the town centre along Lexden Road and you’ll find Lexden Park, a small suburban area with a coy carp lake, woodland and peaceful parkland. With its flat land and lovely collections of silver birch, rowan and sycamore trees, it’s a tranquil place to enjoy when the weather’s nice. The nearby Cymbeline Meadows is another good option. It’s more than 70 hectares of working farmland bisected by the meandering River Colne where, if you’re lucky, you may catch a glimpse of a kingfisher hunting above the waterways.

Or, you can go east to some of the finest gardens in the region. The Beth Chatto Gardens are just a fifteen-minute drive from Colchester town centre, but it’s like being on a different planet. Here you’ll find a collection of gardens created by renowned horticulturalist Beth Chatto, who won ten consecutive Gold Medals at the Chelsea Flower Show and wrote nearly a dozen books on gardening.