You’ll find plenty of things to do in Brighton, whatever the weather. Visit top Brighton attractions like the Royal Pavilion or experience top-rated activities like enjoying the rides and amusements on Brighton Palace Pier. Bargain hunters won’t want to miss shopping in Brighton with popular spots like The Lanes, while couples and families alike can enjoy Brighton's culture with exciting events throughout the year. Check out the best places to eat in Brighton and get a taste of the best local food, before experiencing some exciting Brighton nightlife. Getting around Brighton couldn't be easier however you choose to travel, and you can rest easy knowing you've enjoyed all of Brighton's entertainment before heading back to your hotel in Brighton for a great night’s sleep on a comfy Hypnos bed.

Part of the Royal Pavilion, and once the magnificent stables for the Prince Regent’s horses, the stunning Brighton Dome is now best known for the entertainment royalty that has graced its stages. Three venues rolled into one, the Brighton Dome holds over 600 events a year and features extensively in the calendar events that contribute so much to Brighton’s culture.

It’s architecture certainly isn’t as ornate, but the brutalist Brighton Centre on the seafront is well worth your time. With a maximum capacity of 5,000, the Brighton Centre is the largest venue of its kind in southern England and a regular stop for huge touring bands, as well as comedy acts, shows, exhibits and political party conferences.

Staying on Brighton Beach, another popular entertainment venue with artists and fans alike is Concorde 2. It’s a classic Victorian building that has enjoyed an interesting array of occupations over the years. It was originally used as a tea room in the 1800s, then in the 1960s, it became a notorious bikers’ café, an amusement arcade in the 1970s, and finally Concorde 2 in the year 2000. With a capacity of 600, it occupies that gig-space sweet spot of being able to book big bands while still retaining an intimacy that you just don’t experience in arena venues. Don’t just take our word for it – former Nirvana drummer and current Foo Fighters frontman Dave Grohl described Concorde 2 as “the perfect venue”.

Similarly, Patterns is a popular place. But then, who wouldn’t want to perform in a former Art Deco hotel? It’s more for DJ nights; the club in the basement has one of the best sound systems in the business, which is why we’ve also featured it on our Brighton nightlife page. They do run gigs on the ground floor too, and when the sun’s out, there aren’t many places better than the Terrace. You can sit back, have a drink, enjoy the sea views, and lose yourself in the latest music. That’s because Patterns have their finger firmly on the pulse – past performers include the likes of Alfa Mist, Floating Points, Hiatus Kaiyote, and Joy Orbison.

We’ll end with a couple of other honourable mentions. The Green Store is great if you want to delve into Brighton’s DIY scene and sample the diverse range of genres coming out of the city. Meanwhile, Casablanca Jazz Club does pretty much what it says on the tin. You’ll find it on Middle Street in a prime location close to some of Brighton’s best clubs, should your night end up escalating.

Our video guide to Brighton entertainment

If you want to see a show and happen to be staying at our Brighton City Centre hotel, the good news is one of the best theatre venues on the south coast, the Theatre Royal, is barely more than a minute’s walk away. The Theatre Royal has been hosting professional shows in Brighton non-stop since 1807. It’s the place to go for touring musicals, West End productions, plays, opera and ballet. Over the years, generations of the world’s most famous actors have taken to its stage. In recent times, these include the likes of Dawn French, Ian McKellen, Patrick Stewart and Rowan Atkinson. In terms of the theatre itself, its decor is decadent, with plush seating and gilded features. Plus, if you like your trivia, it used to have a ‘gulp bar’ backstage, where actors could enjoy a drink, even between scenes.

In terms of your other theatre options, The Studio Theatre at the Brighton Dome welcomes some of the most exciting theatre and dance companies from around the world, as well as local artists, to its state-of-the-art stage. The Old Market in Hove is an incredible independent venue that puts on an impressive range of theatre, live music and comedy. Also known as TOM, average ticket prices are barely more than a tenner. When you consider it curates such a high-quality programme, it’s entertainment at an exceptional value. Last of all, the Brighton Open Air Theatre (also known as BOAT) on Park Dyke Road welcomes well over 100 performances each season to its 425-capacity thrust-stage open air theatre.

When it comes to comedy, you’ll struggle to find a better venue in Britain than Komedia Brighton in North Laine. In its early days, it helped some household names get their careers off the ground, including people like Graham Norton, Johnny Vegas, Jack Dee, and Sacha Baron Cohen. First and foremost, it’s a fantastic comedy club, but it will also host music, cabaret, theatre, children's shows and more, so be sure to check out what’s on during your stay.

In terms of Brighton’s sporting action, football fans will want to pay a visit to the Amex stadium, or to give it its full title, the American Express Community Stadium. Also known as Falmer Stadium, it’s the home of Brighton & Hove Albion FC (who are enjoying one of the best spells in their history). Visiting fans may want to stay at our Lewes Town Centre hotel, which is roughly a 10-minute drive away from the Amex.

Brighton Racecourse dates back to the 18th century. It’s an odd racecourse in that it’s 400 feet above sea level, and one of just a handful of courses, like Epsom, that doesn’t form a complete circuit. Instead, it’s a one and a half mile horseshoe. Brighton can’t compete with National Hunt racecourse in terms of the quality of its races, nor the quantity of its prize money, but the three-day Brighton Festival is the highlight of the season and a lot of fun in early August.

On the other hand, Brighton & Hove Greyhound Stadium is one of the top venues in the country for greyhound racing. For nearly 100 years, it’s attracted some of the top trainers in the sport, as well as plucky punters eager to place a few bets. The track is open Tuesday through to Saturday, and admission is free except on Saturdays.

Last but by no means least, Sussex County Cricket Club is based at the County Cricket Ground in Hove. It’s the oldest of the 18 first-class county clubs in the country and one of the only grounds to have deckchairs for spectators. It’s one of the best places to watch cricket in the country, and well worth a visit during the season. 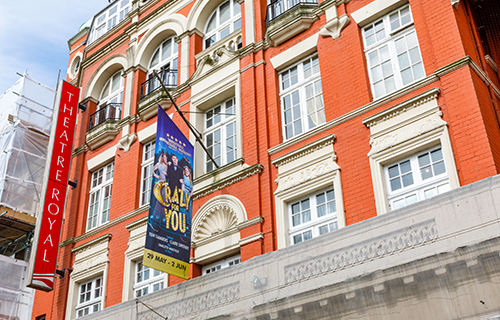 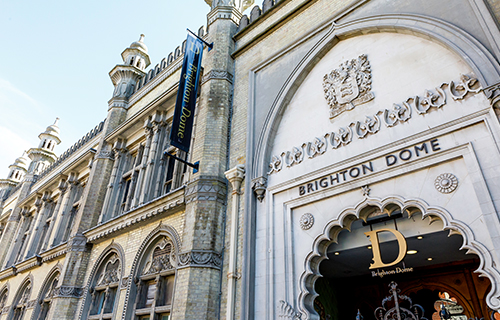 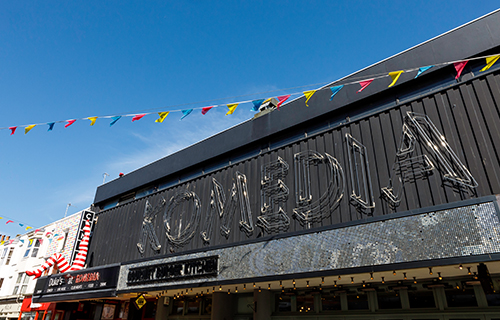