Fill every minute of your time in Aberdeen with our inclusive guide to the best things to do and places to see in the city.

If you want to keep active, the Aberdeen Sports Village is the largest exercise facility in Scotland and is equipped with everything from hockey pitches and squash courts, to fitness studios and a well-equipped gym. It’s located close to Pittodrie Stadium and the University of Aberdeen.

If you prefer to keep fit with more alternative sports, Transition Extreme Sports is located just off the Esplanade and has a wide range of activities. These include zip wires, a climbing wall, BMX and skatepark, a learning zone and a café.

While the temperature around the Linx Ice Arena might be the same as outside, at least you’ll be able to keep warm by skating your way around the 1,000-capacity rink or sink a hot chocolate while watching one of the three ice hockey clubs in action. And it’s handily located a few hundred metres from Transition Extreme Sports.

Take the ultimate challenge and attempt to riddle your way out of one of the four Breakout Games challenges. Open for groups of two to 32 and for children aged eight and older, the escape room is located to the south of the city centre near the train station.

Heading back towards the centre, the seven-screen Vue Cinema complex seats over 1,500 and is near the Maritime Museum and The Tunnels, screening the latest Hollywood blockbusters. And if you’re feeling like your luck’s in, try your hand at the Grosvenor Casino, which is just next door. A modern casino equipped with gaming tables and slot machines, it also has a decent restaurant and late-night bar. 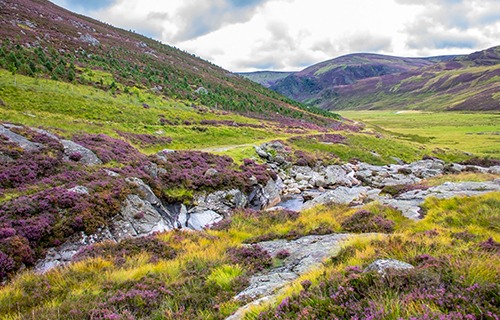 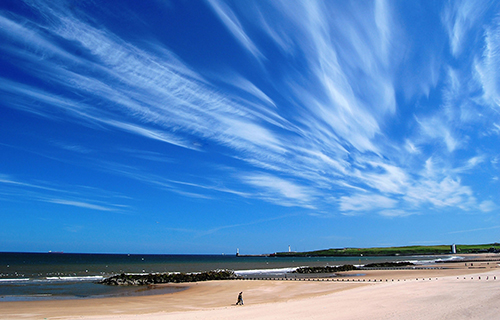 Heading out into the great outdoors, Aberdeen is blessed with a stunning stretch of coastline, with the wilds of the Cairngorms just a short drive away.

McDougall Mountaineering will guide you through the Cairngorms, hosting everything from ski tours to winter walking with expert guides helping you explore one of the most remote wilds in the UK.

If you’re not quite at that stage yet, however, then help is at hand at the Aberdeen Snowsports Centre. The artificial ski slope to the south of the city near Duthie Park is open for skiing, snowboarding and tubing sessions, with lessons and full kit hire available.

If you’d like to see the city from a slightly different angle, there are a couple of options available to you. The Segway Aberdeen Limited tours last 90 minutes and take in Seaton Park, St. Machar’s Cathedral and the River Don, with tours running from March until the end of October. Alternatively, get on a boat and see the city from the North Sea via the Aberdeen Harbour Tours – if you’re lucky, you might even see a pod of dolphins, and if you’re really lucky, you might be treated to a boat-side display!

If you fancy a day out paintballing – or indeed a range of activities including archery, laser tag, airsoft and bubble football – Battle Grounds Paintball is the place for you. It is located several miles to the west of the city centre and a short drive from our Westhill hotel.

A local institution, John Codona’s Pleasure Fairs brings together everything from ten-pin bowling to crazy golf, roller coasters and a big wheel under one amusement park. With an adventure playground, restaurants, dodgems and over a dozen more rides, it’s the north-east’s answer to Blackpool, and is right on the beach.

Five miles from Aberdeen, Balmedi Beach is definitely worth the drive. With gorgeous sandy beaches, windswept dunes and miles of beachfront, it’s a stunning stretch of coastline that is popular with dog walkers, runners, kite flyers and, when the swell’s up, Aberdeen’s resident surfers.

Much closer to home, Aberdeen Beach – also known as the promenade – is a 4km stretch of coastline featuring everything from a skate park and ice-skating arena to a huge amusement park. Perfect for a lazy afternoon stroll, it’s only a short distance from our City Centre hotel.

A 41-mile bike trail running west from Aberdeen, the Deeside Way follows the route of the old Deeside Railway line and finishes at Ballater in the Cairngorms National Park. The trail starts at Duthie Park in Aberdeen and travels through Banchory and Aboyne, taking in Crathes Castle, Drum Castle and Cambus O’May on the way.

Following the track of another former railway line, the Formartine and Buchan Way runs from Dyce near Aberdeen north to Peterhead and Fraserburgh. The 40-mile ride takes in a number of sights, including Barra Castle and Arnage Castle.

An hour’s drive from Aberdeen, the Cairngorms National Park was formally established in 2003 and is the largest national park in the UK, covering 1,748 square miles. Whether you’re a mountain biking pro or looking to take in the sights, there are a range of off-road and paved routes across the park and you can even hire electric bikes, giving you a bit of a boost for some of the steeper hills.

With medieval jails, castles galore and several churches and cathedrals, it’s perhaps no surprise to find that Aberdeen is reputedly a haunted city, with several Ghost Walks taking advantage of the ghoulish apparitions.

Hidden Aberdeen Tours run ghost tours and over a dozen other circular tours that take in some of the city’s best sightseeing spots, with each tour lasting around two hours.

Taking a more in-depth approach to Aberdeen, the Scot-Free City Tour runs every Saturday at 11am and Sunday at midday, with each of the mile-long tours taking around 90 minutes.