Things to do in Winchester

Come and visit England's original capital city. Winchester’s rich heritage harks back to the Iron Age, and its list of historic attraction reads like a who’s who of the best days out in Hampshire. Winchester Cathedral is one of the finest in Europe, and a must-see for any first-time visitors to the city. It is also home to King Arthur’s legendary Round Table, has the marvellous Marwell Zoo on its doorstep, and hosts one of the UK’s most exciting music festivals, the Boomtown Fair. There are so many great reasons to visit Winchester. Stay with us at our hotel in Winchester and discover why it’s one of the most expensive and desirable places to live in the country. 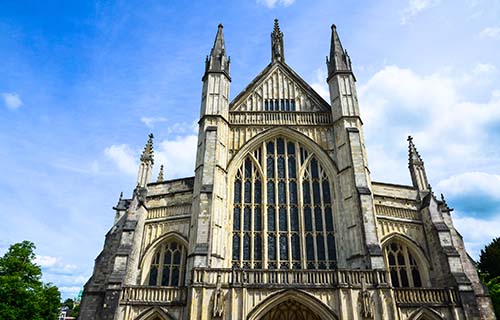 Delve into the fascinating history of the first capital of England. Winchester Cathedral is one of Europe’s best. The medieval Great Hall is home to King Arthur’s Round Table. Marwell Zoo is among the most popular places to see animals in the UK. And there’s plenty more great days out too. 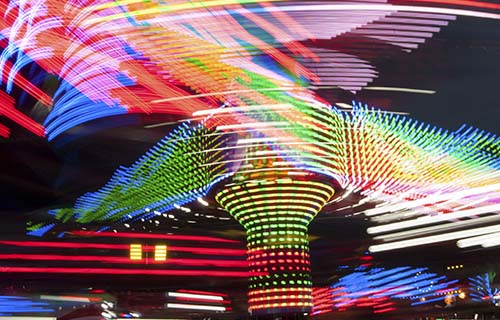 See a show at the Theatre Royal Winchester, browse the exciting entertainment program of a world-class arts centre, spend a Saturday with one of Winchester’s local amateur sports teams, catch a live music concert at a pub, or come in August for the incredible Boomtown Fair. 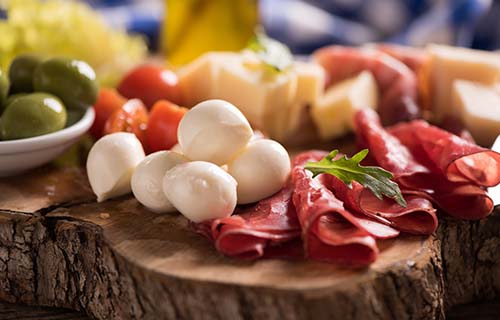 Chefs are cooking up a storm in Winchester. You have some seriously good restaurants and cafes to choose from whenever you get the munchies. We’ve picked out a few of our favourites, including a palace of pies, a curry cathedral, some sublime sushi, a momentous medieval restaurant, and Rick Stein. 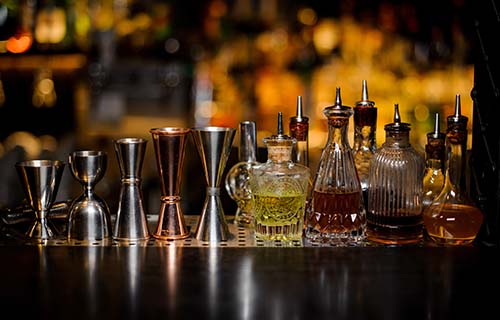 Sip and slurp your way around some of the best bars and pubs in Winchester. We’ve uncovered some hidden gems in the form of a couple of community pubs, as well as out of this world cocktails, a taqueria that’ll take your taste buds to a whole other level, and Winchester’s most popular nightclub where you can dance until the early hours.

Should you fancy some retail therapy during your stay at our Winchester hotel, make your way into the town centre. The Brooks Shopping Centre is one of the main retail hubs in Winchester, it’s where you’ll find large branches of household favourites like Primark, TK Maxx, and Waterstones. It’s as good a place as any to start before you delve into the historic town centre, exploring the High Street, and the narrow streets of stores which run off it like rivulets.

Winchester High Street is also home to the Hampshire Farmers’ Market Winchester, which takes place on the second and last Sunday of every month. It’s the largest farmers’ market in the UK, it was voted the best in the country, and has nearly 100 stalls of produce for you to peruse. On the first Sunday of the month you can come down for the Antiques & Vintage Market, while the third Sunday is saved for the Art & Design Market. If you’re visiting during the festive season then you’ll also want to soak up the Winchester Christmas Market, the myriad stalls of which sit bathed in fairy lights beneath the beautiful Winchester Cathedral. When you’re not sipping gluhwein, eating bratwurst or browsing the handmade goods, you can get your skates on at the temporary ice rink.

Getting around the historic city of Winchester is pretty easy once you’re here. You can walk from our Winchester hotel to the Great Hall on the other side of the city in less than half an hour. If you’d rather catch a cab, there are plenty of local Winchester taxi providers for you to choose from, with the Winchester Taxi Co and Wessex Cars among a couple of the most popular. Winchester also has Uber, if you’d prefer.

If you’re travelling to Winchester by train, you’ll find Winchester Railway Station on Stockbridge Road at the top of the city centre. It’s only a two-platform station, but it’s well served by South Western Railway train services from London Waterloo, Weymouth, Portsmouth, and Southampton. CrossCountry trains connect Winchester with Bournemouth, as well as Manchester and Newcastle via Birmingham. Bus and coach services are similarly comprehensive, and you’ll find Winchester Bus Station at the east end of the High Street, opposite the Guildhall and Tourist Information Centre.

Lastly, if you’re coming from further afield then you’ll find Southampton Airport is your nearest international airport. Getting from arrivals to Winchester takes less than ten minutes thanks to Southampton Airport Parkway train station. Of course, there’s also approved taxi providers, and car hire options to choose from, too. 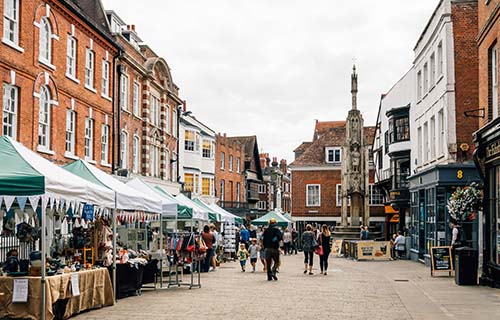 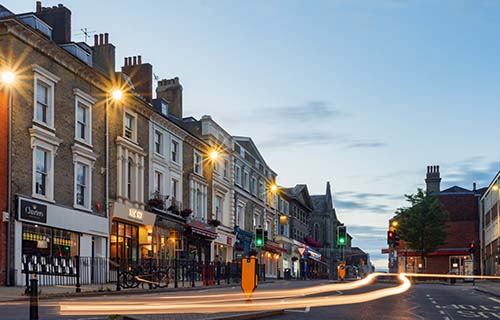