If you are a theatre fan, you may already be familiar with this iconic venue. Located on Commercial Road near Watts Park, it started life as The Empire Theatre when it opened its doors in 1928. Built by Moss Empire Theatre Group, it was one of six 2,000-seater venues in the UK that were constructed in quick succession in Edinburgh, Glasgow, Oxford, London and Liverpool. 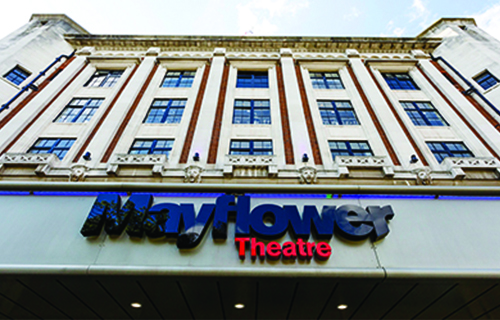 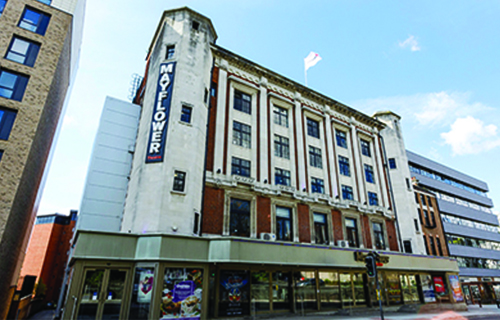 Having sustained bomb damage during the blitz in 1940, the theatre did not show live performances again until 1950. At this point, the name of the theatre was changed to The Gaumont. It proved to be one of the most popular times in the venue’s existence, with theatregoers turning up in their thousands to get a glimpse of post-war musicals, such as Annie Get Your Gun.

Jump to 1987 when the theatre was bought by Southampton City Council and again had its name changed – this time to the current Mayflower Theatre. It was at this point that the theatre began to host some of the biggest musicals straight from London’s West End, such as 42nd Street and Les Misérables.

World-class theatre isn’t all the Mayflower is known for today though. The venue now hosts a variety of other performances including music, dance, ballet and comedy and has played host to acts such as The Beatles, Jimi Hendrix, Led Zeppelin and Queen. It is also known amongst locals for its ghostly goings-on. Whether you choose to believe it or not is up to you, but legend has it that the theatre is haunted by the ghost of an old man who sits backstage in a wicker chair.

The Mayflower is the south coast’s biggest theatre with a capacity of 2,300. In recent years, it has played host to some huge productions spanning the likes of Cats, The Phantom of the Opera, Dick Whittington, Peter Pan, The Rocky Horror Show, Chitty Chitty Bang Bang, The Wizard of Oz, and Hairspray.

Despite such success, you can be sure that the Mayflower Theatre won’t rest on its laurels. This is because it is a not-for-profit organisation that relies on the support of its visitors for funding. Any surplus that is made is put straight back into the theatre to ensure it is constantly improving. Why not check out what’s on during your stay and see this famous venue for yourself?