With more than 20 Italian cafés and restaurants in Carlisle, you’ll never be far from a good plate of pasta or a tempting Tiramisu. Just outside Tullie House Garden, Amatos is a Sicilian-inspired restaurant that’s been a mainstay since opening in 2015. Run by the Amato family who have been in Carlisle since the 60s, it’s a great blend of northern hospitality and fine Italian cooking.

Alternatively, head to Casa Romana in Warwick Street, which has been dishing out some of the finest carbs known to hill-walking man since 1993. Moving with the times, they now offer a range of vegan, dairy- and gluten-free dishes but thankfully still sell their dough stick starter which comes with a slab of pesto butter – melt-in-the-mouth heaven!

As traditional as an Italian siesta or the Milan derby, La Mezzaluna is a slice of Italian cuisine in the heart of Carlisle. A small, welcoming restaurant that can seat up to 45, they have a wide menu boasting no fewer than 21 pasta dishes and over a dozen pizzas. When it’s busy, they open the upstairs dining room, but opt for the ground floor if possible to soak up the atmosphere and smells from the kitchen.

Opened in 2001, Bari isn’t just one of Carlisle’s outstanding restaurants; it has also looked to influence the restaurant culture in the region with their food philosophy. To that end, they explain the dishes and ingredients to diners, creating a fine-dining take on Indian and Bangladeshi food. A 10-minute drive from our Carlisle Central North hotel, their enormous naan breads alone are worth the slightly longer walk than to other Indian dining spots.

Taking inspiration from India’s vibrant street-food scene, Masala Bazaar aims to place diners right in the heart of a buzzing food market with its array of sounds and smells. The menu crosses a lot of India’s food borders, with curries from every corner including their highly spiced Ozi Kari Chettinad Tamilnadu chicken and Jardaloo Ma Gosht from Mumbai.

Established in 1991, The Viceroy is one of the region’s oldest curry houses and, run by a Bangladeshi family, favours food and spices from home. Their range of dishes has seen them win several British Curry Awards while the modern white and gold interior is a fine contrast to the exterior.

The Royal Outpost isn’t just the leading Thai restaurant in the region, but also one of the best restaurants overall. A beguiling blend of Tudor decor and feisty Thai and Malaysian food, it’s a perennial favourite and is always busy, especially at the weekend.

Taking Thai street food to its Cumbrian conclusion, Padthaistr Eat isn’t just a clever name – it’s also a restaurant on wheels, as the mobile catering van brings Thai staples like spring rolls and their yellow curry direct to you, and at a wallet-friendly price too. Fast, cheap and tasty, it’s no wonder people queue around the block to get their pad thai fix.

Alternatively, Ruen Thai Restaurant aims to give you a real Thai experience – from the hosts dressed in Thai robes to the menu that takes inspiration from across Thailand, including their excellent North Eastern green papaya salad.

Aside from the restaurants glowingly reviewed above, there are several other outlets worth shouting about in Carlisle. A Bowie-themed bar and restaurant, The Thin White Duke does a mean flat iron steak and a range of six highly-recommended burgers. The drinks are many and varied, with a gin menu and four different types of mojitos, and the music – as you’d expect – is excellent.

For something equally unique, head to Foxborough, not far from Portland Square, Carlisle’s leading BBQ joint. Everything has been slow-roasted and smoked, bringing out the intense flavours. Check out the pork crackling and apple sauce for starters while you decide whether to opt for the pork belly chop or the chicken and waffle main course. 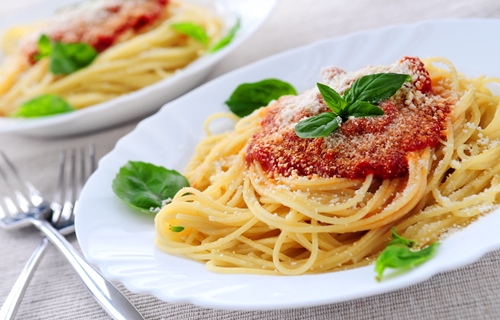 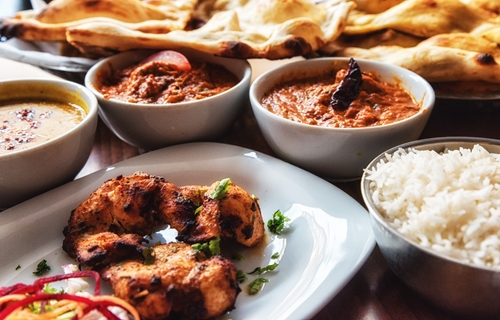