Abingdon’s nightlife scene largely revolves around the town’s pubs – and the town is blessed with some fantastic ones serving up real ales, craft beers, fine wines and some truly excellent food.

Straddling the River Thames on Abingdon Bridge, the Nags Head is a gorgeous riverside pub that nestles by a bank of rushes and willows. There’s a large beer garden and terrace which makes the most of the unique surroundings while the bar inside offers everything from real ales and bar meals to an a la carte menu, expansive wine list and freshly-ground coffee.

Heading into Abingdon, The Broad Face on Bridge Street, a venerable drinking institution that’s been serving up real ales since the 18th century. The pub has been neatly modernised but still keeping the traditional touches including the tiled and bare brick walls, stylish leather seating and the wide range of real ales they serve up. Located a short walk from our Abingdon hotel, the pub is open late until 1am Thursday to Saturday night.

Real beer aficionados will want to check out the Loose Cannon Brewery, a short walk south of the town centre over the River Ock. The brewery is open daily where you can pick up a range of their own brews while on the first Tuesday of every month they host their own guided tours and open evenings where you get to sample their produce and ask all the questions you can think of in between slurps of beer.

There are some excellent country pubs around Abingdon, including The Packhorse in the nearby village of Milton Hill. The food is first rate and they have a wide range of menus including vegan and children’s options while the smart dining room blurs the lines between gastropub and a classy restaurant.

Nearby in Pendon is the Barley Mow. One of the oldest pubs in the region dating back nearly 700 years, stepping into the thatched tavern is like time travelling (with a pint in your hand) thanks to the low beams and an over-sized fireplace that’s the centrepiece of the pub. You can enjoy their mix of pub classics at your candle-lit table or head outdoors to the patio and take in the views down towards the River Thames.

Heading north of Abingdon, The Spread Eagle is another traditional public house positioned next to the Abingdon United Football club. They have one of the most diverse food menus in Abingdon including cook-at-your-table dishes, exotic meats and plenty of daily specials served from late morning until 8pm.

Lastly, village pubs don’t come much more stylish and historic than The Greyhound, a few miles north of Abingdon near the A420. Built in Cotswold stone over 400 years ago, the historic pub is best known for its excellent food which covers British classics with a few twists, its gorgeous summer garden and over a dozen cask ales and ciders. 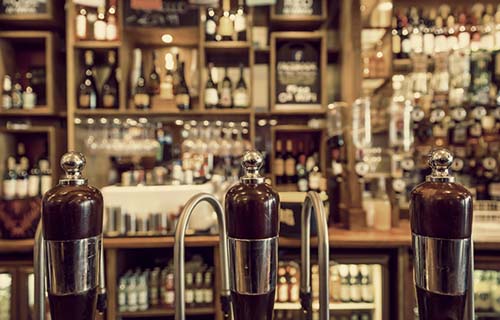 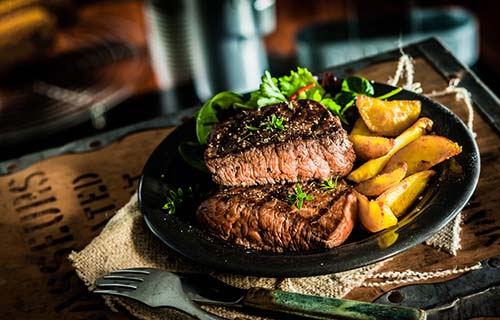