With more pubs than you could shake a pint glass at, Sheffield truly comes into its own when it comes to drinking establishments. From centuries-old pubs replete with cosy fireplaces and quaint beer gardens to modern drinking halls serving up drinks from around the world, Sheffield serves up a truly diverse range of pints.

One of Sheffield’s 11 designated quarters, Kelham Island is part industrial area, part museum and part beer haven, home to five excellent pubs and its very own brewery. It’s also home to the city’s best pub crawl, with several outstanding pubs all a short walk – or gentle stumble – from each other.

Not only does the quarter house some of the city’s best pubs, including the award-winning Kelham Island Tavern, and The Fat Cat, it’s also home to the Kelham Island Brewery, best known for its award-winning Pale Rider beer. The Kelham Island Tavern is a famous name in pub circles, having twice won the prestigious CAMRA National Pub of the Year award, while the beer in The Fat Cat has to travel just 20m to reach the taps, with a minimum of six rotating guest ales on offer from across the country.

North of the city centre, Kelham Island is easily accessible via the A61, with 50 free parking spaces and an overflow car park next to The Fat Cat pub and the brewery. The nearest Supertram stop is Shalesmoor, and it’s a 25-minute walk from the city centre train station. The closest bus stop is on Mowbray Street, which is serviced by the 15, 53 and 37 buses. Our best-placed hotel is on best-placed hotel is on Angel Street, just half a mile from Kelham Island. 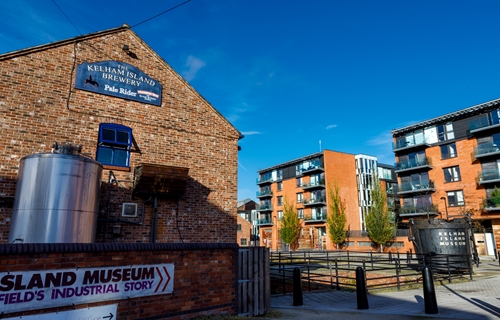 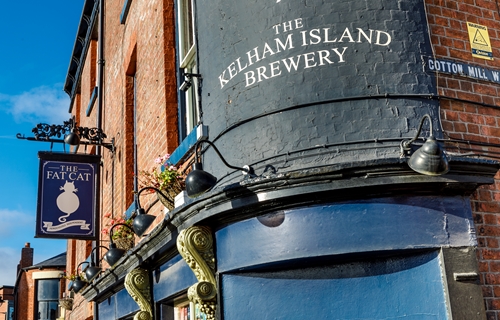 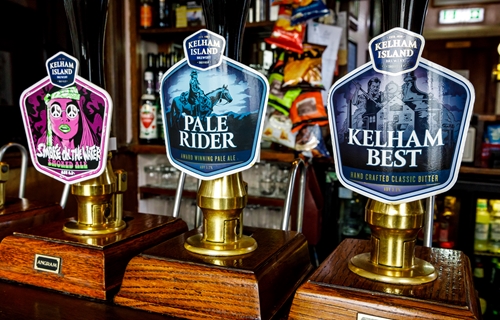 While walking around the city to find your next drinking hole is a very worthy pastime, why not make technology work for you and use the city’s Supertram network, with all-day passes just £3.

Using the Yellow line that runs from Meadowhall through town and out to Middlewood via Hillsborough, start at the Dove & Rainbow, a rocking pub with pinball, pool tables and a great selection of real ales and ciders. From there, hop back onto the tram and head to the City Hall stop and take your pick from The Dog & Partridge, Grapes, or Dada, all serving up award-winning brews. Jump back on the tram to the Shalesmoor stop where you’ll find the Wellington, home to the Little Ale Cart Brewery. With a rotating cast of beers and a nifty beer garden out the back, it’s an old-fashioned pub that does the essentials very well. From there, you’re just a short walk to The Ship Inn, Kelham Island Tavern and The Fat Cat, the perfect place to end your tram crawl, with our City Centre Angel Street hotel just a 10-minute walk away.