Things to do in Penrith

As one of Cumbria’s biggest towns, Penrith is a popular spot for tourists to hang their hat whilst exploring the stunning scenery of the Lake District. With nearby attractions like Ullswater, Aira Force, Hallin Fell and hundreds of more spots of natural beauty, it’s perhaps unsurprising that William Wordsworth, one of Britain’s most famous poets and founder of romanticism in English literature, spent some of his formative years here. Beyond the beautiful countryside, there’s plenty to see and do, including castles and museums, lots of great pubs, restaurants and cafes and a small but pleasant array of independent shops. Our hotel in Penrith is located in the heart of the town, making it a perfect base for your trip to the Eden Valley. 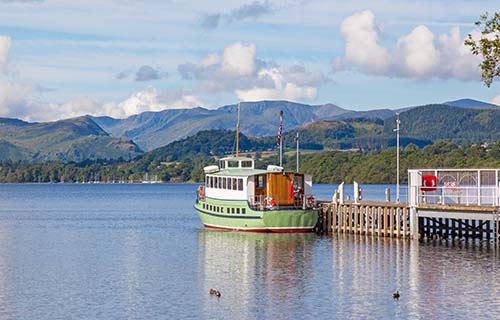 Getting out and about in Penrith is easy with such an abundance of great days out on your doorstep. From the natural beauty of Hallin Fell and Aira Force to the jam-packed activities of the Rheged Centre. Discover all of these and more in our guide to the best activities in the area.

Set out on a shopping spree with our guide to the best local retail outlets. Penrith is one of the few towns where independents outweigh the high-street chains. Check out the Devonshire Arcade and show off your haggling skills at the town’s monthly market.

Superb British restaurants and bistros, an authentic Thai, a cracking curry house and a cafe where you can trek with llamas. These are just some of the options to choose from in the surprisingly varied Penrith food scene, all helpfully rounded up in our dining guide. 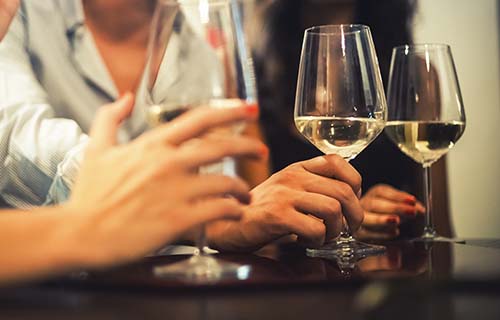 Penrith is jam-packed with countryside pubs serving up real ales, great food and stunning scenery. We’ve hand-picked the best ones in the area, as well as a local craft ale bar and the local late-night club.

Hosting a range of productions and live music acts throughout the year, Penrith Players is the town’s local theatre on Auction Mart Lane. The army of volunteers, who are responsible for everything from set building and costume making to performing, keep the place alive, and their passion is evident in every show they do. You won’t find any touring West End musicals here, far from it, but what you will find is a community coming together and putting on a show. Check out what’s on during your stay.

Believe it or not, it tends to rain quite a lot in the Lake District. That’s usually not enough to dampen the spirits of the tourists who flock here for hiking and countryside adventures. That said, if the weather really isn’t playing ball, or you fancy spending some time indoors, there’s a couple of cinemas showing the latest blockbusters in Penrith. Alhambra Cinema in the town centre is an independent three-screen cinema that screens the latest films using Dolby projection and sound. There’s a food and drinks counter where you can purchase some snacks to take in with you, and they also have a small selection of comfy leather two-person sofas available for a small additional fee. Over at the Rheged Centre, Penrith’s premier entertainment complex, there are two modern 3D cinema screens. The main screen is huge, 60 feet in fact, and they allow you to bring in cocktails and craft ales from their bar. Unusually, the Rheged Centre cinema doesn’t show any adverts before the film screenings. You can find out what films are on and when during your stay at either of the town’s cinemas by visiting their websites.

Most people who visit Penrith use it as a base to explore the stunning scenery of the Lake District. To do so, you’re best off having a car to get around. Driving to Penrith by car is easy, with the town located just off junction 40 off the M6. If you are unable to drive, the next best option is to travel to Penrith by train. Penrith Train Station is right in the town centre on Ullswater Road and has three platforms connecting the Cumbrian town to the rest of the country via the West Coast Main Line. National Express coaches also operate from just outside Penrith Train Station. Most coaches head towards Carlisle, where you can change for buses heading up and down the country. Eden Taxis, Penrith Taxis and Town Taxis Penrith are the local cab services, which are handy for getting around the local area. 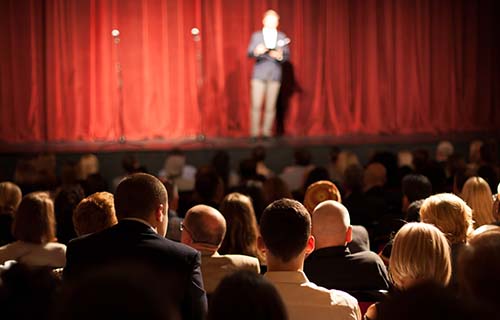 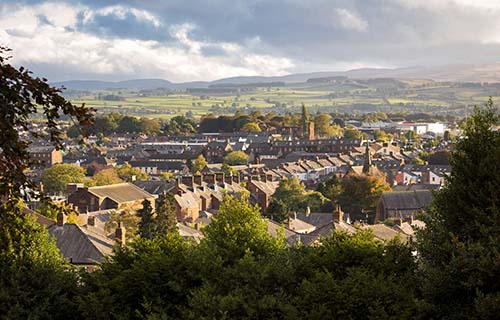