Cameras at the ready, because the Albert Dock is so picturesque you won’t know what to point your lens (or phone) at first. There’s the architecture, the boats, the river… It’s the perfect place for a stroll if the weather’s good, but if it starts to rain you can always nip indoors to one of its splendid cultural attractions, like the Tate, the Merseyside Maritime Museum or the Beatles Story. Many of them are free to enter, too. Perfect if you’ve spent all your money on designer clothes at Liverpool ONE.

The Albert Dock today is the city’s most-visited tourist attraction and a UNESCO World Heritage site. With the largest single collection of Grade-I listed buildings anywhere in the UK, its history is written into the very fabric of the place. The original Albert Dock was built in 1839, designed by engineer Jesse Hartley. Hartley wished to create something new in shipping - a combined dock and warehouse system, so that goods such as brandy, cotton, tea and silk could be stored as soon as they were unloaded. The 1.25 million square feet site took five years to build and was considered quite the feat of engineering. Most warehouses at that time were made of wood, making them a fire risk, but Hartley’s grand design saw Albert Dock constructed of cast iron, brick and sandstone.

Following a period of dereliction in the early 20th century, the crumbling warehouses were regenerated and the area was officially reopened in 1988. Since then, Albert Dock has gone from strength to strength with major attractions clamouring to open their doors there. In 2003, the very last undeveloped space on the Dock was opened – as the Premier Inn Albert Dock hotel. 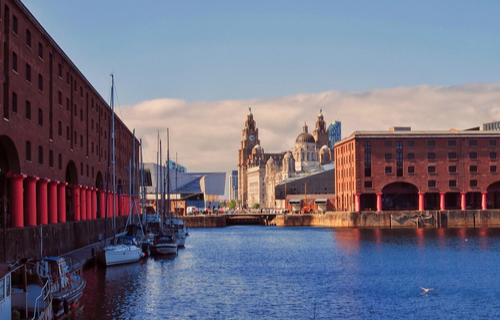 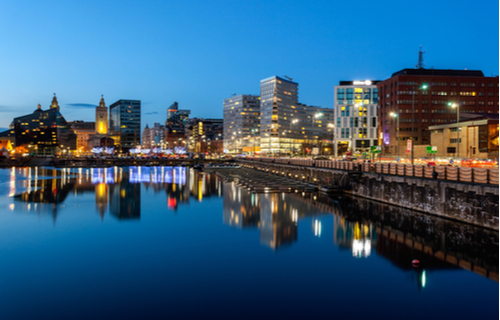 While finding your way around the Albert Dock is easy, there’s more here than you could possibly see in a day. Luckily, the major attractions like the Tate, the Beatles Story and the Merseyside Maritime Museum are just all a stone’s throw from each other.

You’ll find an excellent Visitor Information Centre in Anchor Courtyard, between the Britannia Pavilion and Atlantic Pavilion. Here you can pick up a map, ask questions and find out everything you need to know about the Dock’s attractions. It’s open until 5.30pm April to September, and 4.30pm from October to March.

You’ll be tripping over attractions at the Albert Dock. Get your Fab Four fix at the Beatles Story, head for Tate Liverpool for some art and culture and explore the city’s nautical past at the Merseyside Maritime Museum. Mattel Play! has opened recently offering indoor adventure play for little ones. And kids big and small will love riding on the Victorian carousel – which looks magical against its beautiful waterside backdrop.

There’s a year-round calendar of free events and fun days at Albert Dock, many of them aimed at families. It’s well-worth checking to see if your visit coincides with a festival, as the venue plays host to vintage clothing fairs, folk festivals and steamboat rallies throughout the year. Every September the Dock hosts the Pirate Festival on the Dock – with plenty of swashbuckling live action and breathtaking stunts.

There’s a year-round calendar of free events and fun days at Albert Dock, many of them aimed at families. It’s well-worth checking to see if your visit coincides with a festival, as the venue plays host to vintage clothing fairs, folk festivals and steamboat rallies throughout the year. Every September the Dock hosts the Pirate Festival on the Dock – with plenty of swashbuckling live action and breathtaking stunts.

There are eight accessible car parking bays at Albert Dock, but these are subject to standard car park prices. Both the interior and exterior walkways are accessible and guide and hearing dogs are welcome on the Dock and in the attractions themselves. Tate Liverpool and the Beatles Story offer wheelchair hire Free upon request. All attractions have disabled toilets.

While there are cash machines on Gower Street adjacent to the Beatles Story, you will be charged for using them. It’s better to get your money out in town and bring it with you.

For coffee and cake, you can’t beat Ziferblat – a unique cafe where you pay by the minute, rather than by what you had. For something more substantial there’s What’s Cooking? - a huge local favourite and one of the first restaurants to open here. Or head to Docklands Fish & Chips on The Colonnades for a tasty snack while you gaze at the river.

The Albert Dock really comes to life at night. The buildings are illuminated, making it the perfect place for a romantic stroll. Just go wherever takes you fancy, or if you need a plan you could have a cocktail making class at Revolution which you could follow with a comedy night at the Baby Blue club inside the Baby Blue Bar and Grill.

Getting to Albert Dock

If you’re in Liverpool on a city break, you won’t have any trouble finding the Albert Dock – it’s signposted everywhere around the city, or you can just follow the pedestrianised walkway through Liverpool ONE until you get to the Mersey.

By car
If you’re coming by car, put the postcode L3 4AD into your sat nav, or follow the brown tourist signs for Liverpool Waterfront and Albert Dock from the M62. Parking is easy when you get there, too. There’s a 24-hour car park on the Britannia side, and extra parking at ACC Liverpool if that gets full.

By bus
If you’re letting the train take the strain, Liverpool Lime Street itself is a 20-minute walk away, or save your legs by hopping on the Merseyrail Line at Lime Street Lower Level. It’ll take you to James Street station, a mere five-minute walk. C4, C5 and City Link buses stop at Albert Dock, too.

Walking
Albert Dock is a 20-minute walk from Lime Street, through the Liverpool ONE shopping complex. You’ll find the route is mostly pedestrianised so it’s a pleasant stroll with plenty of things to see on the way.

By bike
Liverpool has a bike hire scheme, similar to London’s Santander’s Cycles. Citybikes can be hired from 100 different hire stations all over the city. You can pick one up at Lime Street and leave it at the Albert Dock whilst sightseeing.