Home to one of the oldest pubs in the Midlands – The Golden Cross – Coventry merrily crosses the line between ‘good old-fashioned’ and ‘medieval’ boozers’, making it a fine spot to grab a pint of local real ale.

With a strong medieval history, it’s no surprise that the city boasts several pubs dating back centuries, embracing a diverse range of brews, guest ales, lagers and craft beers. With an exceptional array of pubs in Coventry city centre alone, visitors will find no shortage of places to quench their thirst.

One of the very few vegan breweries in the UK, the Twisted Barrel Brewery and Tap House began life as a small home-brew business before demand spiralled out of control and they were forced to grow into a fully-fledged bar, offering at least 13 home-brewed beers and ales and countless bottles from around the world. With the beer brewed and drunk on-site, you’re getting the best quality ale you can possibly get – and with an on-site shop, weekly quizzes, comedy and open mic nights, there’s something going on most nights of the week.

Built in 1583 and a public house since 1661, The Golden Cross is not only the oldest pub in Coventry but also one of the oldest in the Midlands. It’s also only a short walk from our City Centre (Belgrade Plaza) hotel. With external Tudor features intact, the pub is homely and old-fashioned. They make a point of not having TVs; instead preferring customers to actually talk with each other, and sup on a dizzying selection of beers, lagers, ciders, gins and wine, including an impressive list of locally distilled gins.

One of the top-ranked pubs in Coventry city centre via TripAdvisor, The Broomfield Tavern is dedicated to serving up the best pints it possibly can. A no-frills pub, it has at least eight hand-pumps offering beers from near and far, as well as an impressive cider collection, and is a five-minute stroll from our City Centre (Earlsdon Park) hotel.

Dating back to 1451, The Old Windmill is another city centre Coventry pub dedicated to pulling the finest pint. Not only that, but it also serves a city-renowned pork pie platter – yes, you read that correctly, you might need to wipe your chin now – which, served with an array of chutneys and mustards, paired beautifully with their local ales and beers. Factor in a small outdoor area and its four-minute walk from our Belgrade Plaza hotel, and you have a sure-fire winner.

Another traditional pub, by Hawkesbury Junction on the canal, the Greyhound Inn dates back to the early 1800s and has been voted the best pub in Coventry and Warwickshire an impressive four times. The main bar serves up all manner of guest ales and brews, while the dining room dishes up mouth-watering breakfast, lunch and dinner options. The pub is dog- and child-friendly, and has plenty of outdoor seating perfect for long summer evenings. 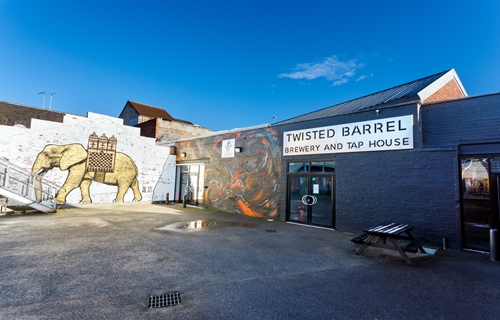 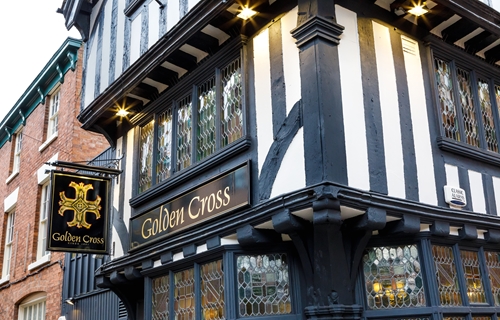