Right at the top of your evening entertainment options in Aylesbury is the Waterside Theatre. It’s a stunning venue, one of the most iconic buildings in the area, and well worth a visit during your stay. Although, if nothing takes your fancy at the Waterside, or you’re struggling to get a ticket, then there are other theatre and live music options for you to choose from too.

The Aylesbury Waterside Theatre is one of the best in the country. Naturally, it’s the number one entertainment option for anyone staying in town. Capable of seating a capacity crowd of 1,200, it’s a seriously impressive theatre. Its size and stunning architecture help to attract West End shows and touring musicals and plays, not to mention opera and ballet, and the fact it also puts on a huge Christmas pantomime.

The building was made especially for the theatre. As you can probably tell from the name, it’s situated next to Brear Brook, a tributary of the River Thames, as well as the canal. It’s most spectacular in the evening when light floods out of the foyer through the web of glass and metal that is the front of the theatre. It cost a pretty penny to build, £47 million to be precise, but there’s no denying it’s one of the area’s most iconic landmarks.

The Aylesbury Waterside Theatre is on the edge of the town centre, just past Friars Square shopping centre. There’s plenty of parking all around, while our Aylesbury hotel is just a five-minute drive away.

Your alternative theatre option in Aylesbury is the Queens Park Arts Centre, it’s the largest independent arts centre in the country, and home to the Limelight Theatre, a 120-seat entertainment venue which puts on a fun array of live music, theatre and comedy, with past performers ranging from Eddie Izzard to Jo Brand. On top of that, it also runs over 70 workshops a week with no need to book, you can simply see what you fancy, drop in, and pay-as-you-go for everything from pottery and painting to jewellery making and music. 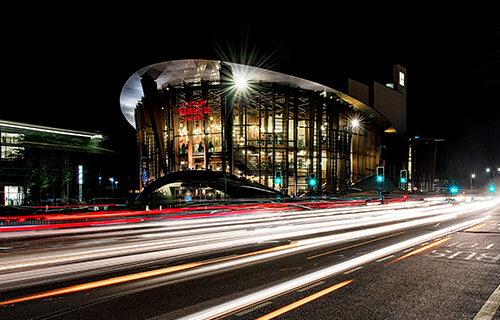 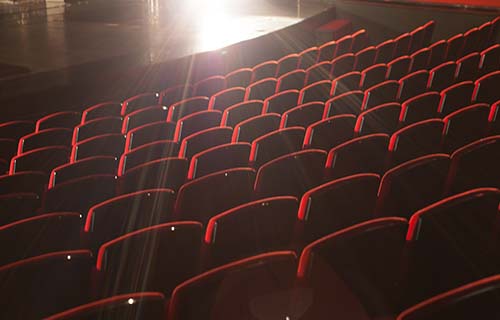 If you’re on the hunt for some live music then you’ll be happy to hear there are a couple of good options for you to choose from for gigs in Aylesbury. First up is Friars, a veritable Aylesbury institution that dates back to the 60s and has hosted the likes of Iggy Pop, Lou Reed, The Clash and Roxy Music. It’s also the venue where David Bowie unleashed his Ziggy Stardust persona to the world. Despite these star names, and countless others, Friars has closed twice and suffered bankruptcies, but it's now back with a bang putting on huge gigs in the Waterside Theatre. Some of the biggest names in entertainment are booked to play this famous stage; be sure to check what’s on during your stay.

The smaller stage in town is DUKES in the Hale Leys Shopping Centre, which is the place to go if you want to see some local rock music. It’s the largest independent live music venue in town and hosts gigs three nights a week, from Thursday through to Saturday.