From the stages of the Cliffs Pavilion to the Palace Theatre, Southend has no shortage of shows to keep you entertained. There are three main venues to choose from, offering serious drama, belly laughs and everything in between.

For theatregoers visiting Southend-on-Sea, a must-visit destination is the iconic Cliffs Pavilion. Located in Westcliff-on-Sea on the outskirts of Southend-on-Sea, it hosts a wide variety of plays, comedy and concerts, plus a particularly strong programme of mainstream musicals, such as Hairspray and Thoroughly Modern Millie.

The Cliffs Pavilion has quite a reputation for having hosted secret gigs or warm-up concerts by artists who would normally perform at bigger venues. For example, former Beatle Paul McCartney chose it as one of six ‘secret’ locations on his 1991 Unplugged summer tour. Blur played a warm-up event there ahead of the 2009 Glastonbury Festival and One Direction tried out a pre-tour show there two years later.

Add to that the likes of Oasis – whose live video Live by the Sea was recorded at the Cliffs Pavilion – as well as soul icon Gloria Gaynor, chart stars Boyz II Men and Essex boys The Prodigy, and it's an impressive roster of musical talent.

The Cliffs Pavilion has a rather unusual history. Construction of an art deco theatre began during the 1930s but remarkably, it wasn't until three decades later that it finally staged its first performance. Building work was halted by the outbreak of WWII and the site remained half-finished until 1959. At that point, the original building was removed and a new Cliffs Pavilion was built in its place, slightly closer to the edge of the cliff, finally opening for business in 1964. Its location is perfect for looking out to sea while enjoying pre-show drinks.

Redevelopment work in 1991 and 1992 saw new stairs, a new foyer bar and a balcony added, with annual audience figures growing since then to around 340,000. 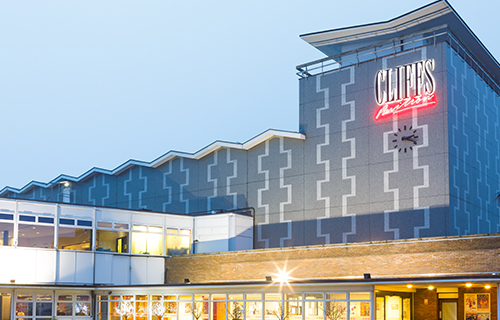 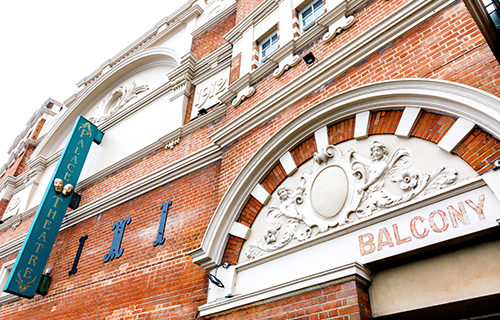 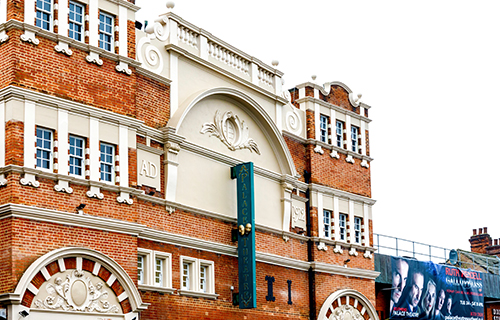 The Palace Theatre has a prized reputation for attracting high-quality touring productions across a wide spectrum of art forms. Its theatrical performances range from mainstream productions, such as Rain Man, based on the Oscar-winning film, to Ventoux, an innovative two-man stage show about the Tour de France.

As well as hosting big-name musical stars such as Alexandra Burke, Billy Ocean,and The Human League, there are also quirkier offerings, including the Ukulele Orchestra of Great Britain, and Gershwin being played by the London Symphony Orchestra. For many regulars, the Palace Theatre provides a small slice of London's West End by the sea.

The building first opened in 1912 as the Palace of Varieties. From the late 1960s onwards, it suffered a series of financial troubles but since 2003, it has been run by Southend Theatres in conjunction with the Cliffs Pavilion.

If you're really fascinated by what goes on behind the scenes, you can book a backstage tour. In fact, these are also run at the Cliffs Pavilion. The tours are open to schools, community organisations or any group of people who simply love the theatre. However, you do need a group of between 10 and 30 to be able to book a slot.

You won't see TV stars like Gary Barlow and Jools Holland at the Clifftown Theatre. This is the Southend-on-Sea venue for true culture vultures. Based in what used to be Clifftown United Reformed Church, it's part of the campus of the famed East 15 Acting School, which was founded by Margaret Bury and has been producing actors, directors and technical experts for over half a century.

At the Clifftown Theatre, you can expect stage classics such as Ibsen's Peer Gynt, as well as original community productions and more challenging pieces of work.