If you prefer your culture of the popular kind, you’re in for a treat. Although it may not be the prettiest of venues, Manchester Arena hosts some of the biggest names in entertainment. It’s the largest indoor venue in the UK and, since its opening in 1995, it’s turned Manchester into an entertainment powerhouse. Over a million people visit each year to watch A-list pop acts, comedians and sporting events, like boxing, ice skating and even swimming. And if you’re in town to visit the Arena get your night off to the best possible start at a Manchester Premier Inn. 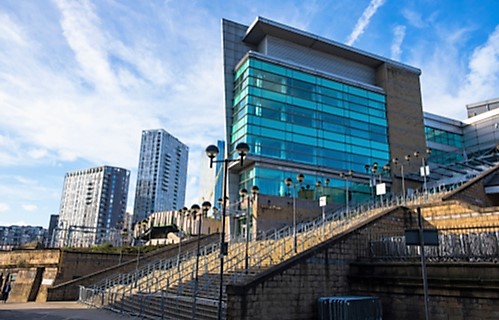 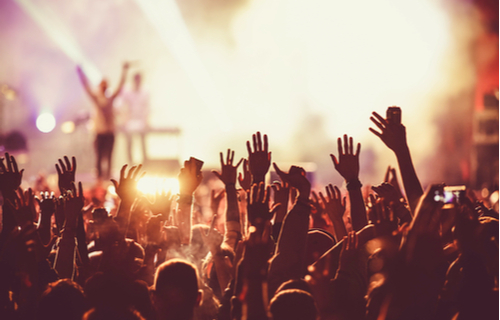 Costing an eye-watering £52 million to build, the humongous Manchester Arena was a key part of the city’s attempt to host the 2000 Summer Olympics. The bid didn’t work, but the arena quickly became one of Manchester’s biggest assets.

Even its opening night in 1995 was a record-breaker, with Jane Torvill and Christopher Dean’s ice show attracting a crowd of 15,000 - the largest UK audience for an ice event ever recorded. Since then, the crowds keep getting bigger and bigger, with comedian Lee Evans breaking the Guinness world record for a solo act performing to the biggest comedy audience in 2005 and Peter Kay breaking another box office record after all 20 of his shows at the Manchester Arena sold out in an hour. And, for a city that’s proud of its musical heritage, the Arena has also played an important role, with historic shows by local bands like Take That, Oasis and New Order.

Today, the Arena is one of the busiest in the world, second only to London’s O2 Arena. It’s managed and operated by SMG Europe and goes by the name of Manchester Arena. But don’t be surprised if you hear it called by its old name, the MEN Arena. It was sponsored by the Manchester Evening News for 13 years and the name seemed to stick!

Top tip
While the Manchester Arena is well-organised, there can be queues getting out of the car park after your concert has finished. The only way to guarantee a smooth exit is by pre-booking your parking. That way, you can get a space on the lower floors and be one of the first on the road.

Layout
For normal arena shows, the bowl has fixed tiered seating starting at block 102 and going anticlockwise to block 115. In some shows, there is seating on the floor, but in others the seats are removed so the audience can stand and dance. Blocks 101, 102 and 115, 116 let you see some of the backstage action, like when the band are about to walk on stage.

Best places to sit
When it comes to seats, you get what you pay for. The cheapest seats tend to be in the upper tier on level 200, because you’re so far away from the action on the stage (and they aren’t suitable for people who hate heights or have mobility issues as there’s a lot of steps). If your show has seats on the floor, be aware that as it’s not tiered, children may find it hard to see. Plus, dancing is allowed so people might restrict your view by bopping right in front of you.

Facilities
There is a cash machine inside, but it charges, so it’s better to get your cash out before you arrive. Hot dogs and nachos are available from the bars and there are also food stalls around the arena which offer sweets and candy floss. For something more substantial, you could upgrade to The View Experience which lets you get into the Arena earlier, and gives you access to the venue’s restaurant. Called The View, it has a wider range of food and drink available.

Disabled access
There are disabled toilets, lowered windows at food concession stalls and disabled parking at the venue’s NCP car park. To book accessible tickets, you need to use a different number, so call 0161 950 5229 to get through to the accessibility team. There’s even a chance for personal assistants to get free tickets, but you have to register with the venue first.

Eating and drinking
If hot dogs and nachos just won’t cut it as a pre-gig meal, grab something to eat before you go in. Luckily, the Printworks is just opposite and it’s full of top-name restaurants, such as Prezzo, Nando’s and Hard Rock Café. If none of those take your fancy, try the Corn Exchange – a beautiful Edwardian building now housing a great selection of restaurants, all under one roof and just a stone’s throw from the Arena. Here you can choose from Indian street food at Mowgli, Brazilian barbecue at Cabana and Italian at the Gino D’Acampo restaurant. If time isn't an issue, take a 15-minute stroll to the independent Northern Quarter and wander the cobbled streets until an eatery takes your fancy.

Finger-licking chicken? A carefully guarded secret recipe? If this is all sounding a bit too much like the Colonel’s place, one glance at the fabulous décor in Yard & Coop will make you think again. Filled with naughty foxes, garden shed booths and overgrown vegetation, it’s like a Wes Anderson film in restaurant form. There’s not much on the menu here that’s not poultry related (although there is halloumi for vegetarians), so enjoy either chicken breast or thighs, done in three different ‘dustings’ with your choice of fries, sides and sauces, with great cocktails and craft beers to wash it down.

From its pared back décor to the view of the iconic Smithfield fish market through its large windows, come to the Northern Quarter Restaurant and Bar and you know you’re in for a special treat. You’ll find it right in the heart of the Northern Quarter, serving tasty modern British food, without pretensions. Forget sky high burgers nestled in brioche and ten different ways to do pulled pork, because TNQ is all about fresh produce and classic cuisine. The restaurant has also got a reputation for its Thirsty Thursdays, where food is served with unlimited wine.

By car
You’ll find the Manchester Arena on the A56, three miles from Junction 17 of the M62. The postcode for your sat nav is M3 1AR.  If you’re being dropped off or picked up it’ll have to be at a location a short way away from the arena, as diversions are often put in place. The NCP-run Arena car park has space for 958 cars, but it is quite expensive, fills up quickly and you can queue for a while to get out. If you don’t mind a short walk, other city centre car parks are cheaper – some even half the price – and you’ll get away more quickly afterwards.

By bus
Many buses either go right past the arena, or are just a short walk away. If it’s going to be a late one, there are Nightbus services on Fridays and Saturdays that run past Manchester Arena. The free city centre Metroshuttle service links Victoria station with other areas of the centre.

By train / tram
If you’re arriving on a local or national train to Manchester Victoria you’re in luck – the station is right underneath the Arena. But don’t worry if your train arrives at Manchester Piccadilly station either, as the venue is a short journey away on a Metrolink tram.

Metrolink trams stop right outside the arena at the Victoria stop. It’s an excellent service and can even bring you in from further afield, as services run from Bury, Altrincham and Manchester Piccadilly rail station, with connections to Eccles.

By plane
If you're jetting in from Manchester Airport you can either take a train, a bus or a taxi to get there. A taxi is quickest, taking 15 minutes, while trains take 20 minutes to Manchester Piccadilly, then it’s a short tram ride to the Arena.